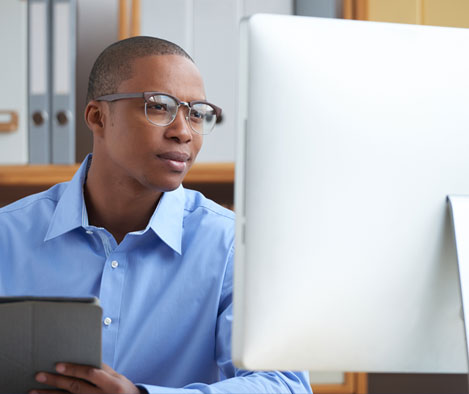 A game-changer in the realm of mobile application development, Xamarin Development Platform is the one-stop solution for developing Native Android, iOS, and Windows apps, with native user interfaces. That’s not all, mobile app development with Xamarin is robust and agile, as it offers open-source SDK, Xamarin.Forms, & Mono run time, a fully-featured Visual Studio for Mac and Windows, and single shared codebase for different operating systems.

What is Xamarin App Development?

Xamarin is a Microsoft product used to write native Android, iOS, and Windows apps with native user interfaces. As of 2017, there are more than 1.4 million users of Xamarin.

Xamarin is not just a “write-once, run everywhere” platform – its strength is the ability to implement native user interfaces specifically for each platform. Applications built using Xamarin look and feel native. Its UI uses native controls on each platform, creating apps that are indistinguishable from native apps

Applications built using Xamarin contain standard, native user interface controls. Applications not just look at the manner in which the end client expects, yet they act that way as well. Its UI performs as fast as any native application

The application developed using Xamarin platform leverage hardware acceleration, and those applications are compiled for native performance. This can’t be practiced with plans that interpret code at runtime. Xamarin is the only IDE that allows for native Android, iOS and Windows app development within Microsoft Visual Studio

Xamarin allows re-use of code across all platforms as well as the integration of libraries written natively for each platform. Xamarin allows you to write apps in C#, and share the same code across multiple platforms. Here is a look at how this is achieved under the hood:

In spite of the differences under the hood, Xamarin offers a seamless experience for writing code that can be re-used across all three platforms.

Are all Xamarin mobile applications made the same way?

When we discuss about Xamarin, it basically has two types of approach in development of native applications:

The traditional Xamarin approach is Xamarin iOS and Xamarin Android they’re both based over Mono, an open-source adaptation of the .NET Framework. To develop those Apps you use C# and there is an opportunity to share up to 75% of code base.

An overview of Xamarin.Forms development approaches:

Xamarin.Forms takes code sharing to the high level by enabling you to share not simply your application rationale in a cross-stage style, yet in addition the UI definition. In contrast to different advances, applications that depend on the Xamarin.Forms structure are 100% totally local applications that look and feel normal on every stage. With Xamarin.Forms, you can compose your application code once, and after that manufacture a local application that uses that code to keep running on practically any iOS, Android or Windows gadget including Windows 10. Your business logic can be written in C# (or any other .NET capable language) and your UI can either be defined in code, or in the XAML mark-up language. Xamarin.Forms lets us to create native UI layouts which can be shared across the mobile development platforms.